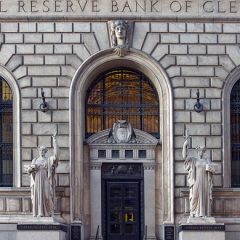 The Origins of Fractional Banking

The fundamental idea governing the fractional banking system dates back to medieval England. Between 1000 and 1100 A.D., money lenders, who were at that time referred to as goldsmiths, secured the people’s gold and silver in their vaults. With each deposit of gold or silver, the depositors were given a paper receipt designating the amount that they had entrusted to the goldsmiths.

These receipts began to acquire a value of their own and function as the currency of choice, as the people, quite naturally, preferred the convenience of carrying paper receipts rather than hauling around cumbersome sacks of gold and silver. Aware of this and the fact that the depositors rarely returned to the vaults to withdraw the full value of their deposits, the goldsmiths started to loan the receipts out to customers and charge interest on them.

As long as they had sufficient reserves in the vault to satisfy the withdrawal demands of their customers, they could profit on the interest earned from their loans. The issuance of these loans, however, was not backed by silver and gold that the goldsmiths actually had inside their vaults.

Given the improbability that all the depositors would at one time come to withdraw their savings, the goldsmiths essentially inaugurated the system of fractional banking, whereby they maintained only a fraction of the total amount of the money that they had actually loaned out. Simply put, because the paper receipts were seen as legitimate currency, they were able to loan out money that didn’t exist in the hope that there wouldn’t be a run on the bank.

Highlights in the Historical Development of Modern-Day Fractional Banking

Once this idea gained momentum and was accepted as a viable form of money circulation, a long power struggle ensued between bankers and government officials.

A man by the name of Amshall Moses Bower, perhaps better known by his businesses moniker, Rothschild, was responsible for bringing the benefits of fractional banking to bear upon governments and kings as opposed to simply restricting it to individual investors.

The Bank of England was also very much a creation inspired by the same ambitions motivating the Rothschilds. Far more money was able to be made when the tax revenue of an entire country was used as collateral and the interest accrued from the issuance of huge loans greatly enhanced the bankers’ power to loan out prodigious sums of money.

Before the American Revolutionary War in 1776, the colonies had been printing their own money and using it in a way that reflected the true nature of the laws of supply and demand.

When King George III began worrying about paying back England’s mounting debt to the bankers as a result of the wars England had been engaged in, he was forced to exact a heavy taxation on the colonies and to prohibit the use of Colonial Script, the legal tender being used in the American colonies. Benjamin Franklin attributed the war’s primary cause to this event.

President Abraham Lincoln demonstrated his disapproval of the system when he started having ‘green backs’ printed to finance the Civil War. Most of the powerful financial institutions in Europe were threatened by the prospect of a united America and therefore wielded their power in influencing the way the war would be financed.

Lincoln was faced with prohibitive interest rates when he went to New York in an effort to secure loans for the war effort. It was after his rejection of the terms, that he went on to print the greenbacks with the approval of the Congress. Seeing the success of the American government’s own issuance of legal tender, the European bankers harshly chastised Lincoln’s system in the media, resulting in the eventual creation of the National Bank Act which forced the government to offer bonds to the banks so that they could in turn use them to secure bank notes.

The government bonds backed the bank notes. In other words, it was a way to impose the fractional banking system on America and give commanding power to the national banks. Lincoln had resolved to repeal the National Bank Act and return the economy back to one based on the government’s issuance of money but was assassinated shortly after his re-election.

How the Federal Reserve Controls Money

Following Lincoln’s death the struggle for who would control the flow of money, the government or the bankers, waged on. It wasn’t until 1913, when the Federal Reserve Act was created that the system we have today was firmly set in place.

Essentially, the act put the power of money creation into the hands of the Federal Reserve. Their primary function is to loan money out to private banks, whereby they can control the circulation of money and the rate of inflation. When they want to expand the economy, they set low interest rates in order that more loans can be secured.

The reverse happens when they wish to slow the economy down, namely, through the raising of interest rates. This whole process is built on the Fed’s purchasing or selling of U.S. securities on the open market. To pump more money into the economy, the Fed buys the interest earning securities from the public and in contrast, sells them when they wish to contract the market economy.

The more money in circulation translates into lower interest rates and vice versa. The Fed also sets the fractional reserve levels for the banks and uses this power to further control the supply of money. This system is played out on a global scale through the central banks’ control of monetary policy in a majority of other countries.

The basic premise of the current fractional banking system, namely the creation of phantom money, is relatively the same as the one used by the goldsmiths in medieval England.

To illustrate, a person deposits $100 into bank A. The reserve requirement for banks is 10%. This in turn means that the bank is required to keep on hand at least $10 of the $100 that the person deposited. The other $90 can be used by the bank to offer loans or to enter into other investments. If the bank decides to loan that money out, then the loan recipient will of course be charged interest.

Now, let’s say the loan recipient writes a check of $90 using the loan money, that money will then be deposited into another bank, bank B, by whoever received the check.

Bank B is entitled to loan out $81 or 10% of that $90 deposited. As this process continues, the original $100 will have ultimately created $1000 in money. Imagining this taking place on a much larger monetary scale and on a daily basis, one can see how the fractional banking system has served to create an entirely virtual reality of financial transactions. 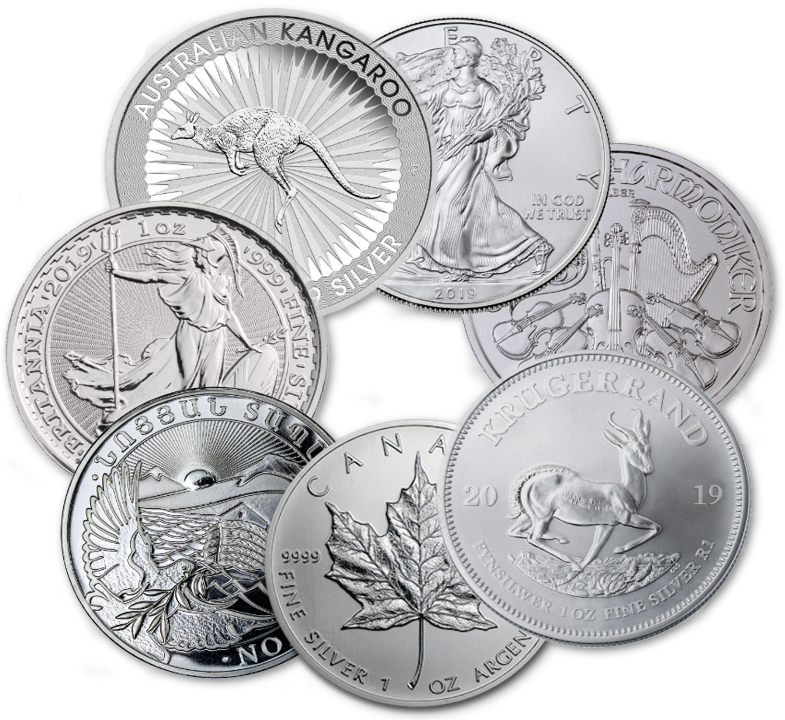